Putting memories in an evidence bag

March 05, 2018
Anyone who has watched enough crime dramas can describe many of the fundamentals of collecting and handling physical evidence. Photograph everything as it was when you found it. Wear gloves. Avoid doing anything that could contaminate the samples. And always keep notes on where you found evidence, when you collected it, how you stored it, and who had it at what time. Meticulously maintaining a “chain of custody” – a record of how evidence has been handled – helps protect the integrity of the evidence. And in case of deliberate or accidental mishandling, it helps identify whether and how much its integrity has been damaged. It’s easy to see why this is important. How can we trust DNA testing on, for example, an article of clothing found at a crime scene, if we have no idea how it was handled and stored on the way from the scene to the lab? If it was handled with bare hands (or previously used gloves) or if it was stored with other objects, it could have easily been contaminated, making it impossible to tell where exactly any DNA found on it came from. Careful methods and the chain of custody go a long way toward ensuring forensic evidence is trustworthy.

Another extremely important form of evidence is human memory. In many investigations, the only evidence available comes from memory. Evidence from memory takes many forms, including statements from witnesses, victims, and suspects during interviews; suspect descriptions and sketches from witnesses; and eyewitness identifications. However in contrast to the care that is routinely used when handling physical evidence, many times there are very few safeguards for ensuring memory is similarly preserved. Depending on how was collected, recorded, and later used, there’s reason for concern about whether we can trust someone’s memory, in the same way we might be concerned about a whether we can trust a DNA sample that could have been contaminated. Memory can be contaminated as well.

After experiencing an event – say, witnessing a crime or a car accident – your memory for that event can be altered if you encounter incorrect information about what happened. Researchers have shown how this can happen in numerous experiments1. In one version of the experiments, researchers start by showing people images from a car crash. They then ask the mock witnesses a series of questions about what they saw. Some of these questions contain incorrect information about the event, for example, “How fast was the car going when it went through the yield sign?” – when in fact the car ran through a stop sign. Afterward, the researchers test the witnesses’ memory for what they saw. Reliably, many people recall the incorrect suggested in the questions in place of the real details from their experience. People seem to lose track of where information came from, causing them to confuse the suggested details for the authentic ones. Psychologists call this kind of memory error the “misinformation effect.” Researchers have found that the misinformation effect can change people’s memory for relatively small details, like the colors of objects2, as well as critically important details, like people’s faces3 or whether an attacker was carrying a weapon4.

In the real world, there are many potential sources of misinformation that can cause memory distortions. For example, if eyewitnesses speak to each other about what they saw, mistakes can spread between witnesses5,6. Expectations, norms, and routines can also influence the way we remember things. When we repeatedly tell the same story over time, we tend to get more and more details wrong. Part of this is the result of memories decaying over time. But we also often we inadvertently add or edit details to fit our expectations7,8. In a famous example of this, psychologists had Westerners read an American Indian folktale and repeatedly recall the story over a long period of time. People almost immediately began misremembering details, apparently to make the story more consistent with their cultural understanding of the world, and these memory distortions became more severe over time. For example, the story involved two characters hunting seals, and the Western readers regularly misremembered this detail as “fishing.” People also regularly had false memories of dialogue that never happened, character deaths that were not in the original, and explanations for supernatural events that were never provided. 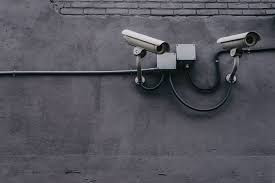 In our own research, we’ve found memory distortion can occur further in the legal process as well.  One source of misinformation can be delivered during an interrogation of a suspect with a common interrogation tactic called a “bait question” can also distort memories9. Bait questions are hypothetical questions about evidence that might not exist. These kinds of questions are designed to help determine if a suspect is lying (although there’s not much evidence that they really work). For example, an interrogator might ask, “Is there some reason we would find surveillance footage of you at the scene of the crime?” – even though no such footage exists. We’ve found that these kinds of questions, despite not directly claiming the evidence is real, can lead people to falsely remember that evidence exists.

One of the most dramatic illustrations of memory distortion is the formation of richly detailed memories for entire events that never happened. We know from decades of research that suggestive interviewing can also lead people to develop false memories for events that feel as if they really happened, contain lots of detail, and are often just as emotionally evocative as real memories. By asking repeated leading questions and prompting people to imagine how things might have happened, researchers succeed in implanting memories in about 30% of people in their studies – sometimes getting even higher rates with specialized techniques10. This is a problem because investigators – probably without realizing how harmful it can be – often use these kinds of interviewing techniques with witnesses, victims, and suspects. For example, an interviewer might suggest different possibilities, asking a witness to “think hard” in order to remember, or invite a witness to speculate about what might have happened, inadvertently altering their memory11.

False memories can have devastating consequences. Inaccurate witness statements can mislead investigations. Incorrect eyewitness identifications can jeopardize the freedom of innocent people. We also know from wrongful conviction cases that sometimes suspects can falsely come to believe that they did commit the crime. For example, in 1973, after a lengthy series of interrogations in which investigators persistently suggested an account of what happened, 18-year-old Peter Reilly falsely confessed to murdering his mother, saying, “It really looks like I did it.”12,13 Reilly was convicted on the basis of his confession, and it took years before evidence emerged that decisively proved Reilly couldn’t have done it.

How can we protect memories from being distorted? There are several safeguards we can implement, but there are no perfect solutions. After all, unlike a DNA swab, we can’t just put a person’s memory in a bag or a vial and keep it perfectly preserved. But there are some things we can do to try to get the best possible evidence from people’s memories. First, it’s important that interviewing and interrogation procedures used on witnesses and suspects are free from memory-distorting techniques. It’s also extremely useful to electronically record interviews (such as video taping or, at a minimum, audio taping), to preserve people’s original statements verbatim and also to have a record of how the questions were asked. And of course, interviewing people soon after an event has happened is better than interviewing them after a long delay, when their memories may have extensively decayed.

There are many ways in which memory can be made worse, but are there any ways to make memory better? Thankfully, yes. Researchers have also developed special interview procedures designed to help people remember. One prominent example is the “Cognitive Interview,” which helps witnesses mentally put themselves back in the context in which they experienced the event. The Cognitive Interview also involves handing over control of the interview to the witness. That is, the interviewer does more listening than speaking and makes sure not to interrupt. This procedure has been highly effective at improving the amount of information people provide in interviews14. The Cognitive Interview is frequently used in the United Kingdom and elsewhere in Europe, but is unfortunately not widely used in the US.

Policies that protect people’s memories and techniques that help people remember accurate are critically important to investigations and legal proceedings. Just like any other piece of evidence, memories are only as good as the techniques used to collect them and preserve them. We do know a lot about how memory can be distorted and how it can be improved, and we should try to apply this knowledge in investigations, interviews, and legal proceedings. Justice is better served with better evidence – whether it’s DNA, fingerprints, or memory.

This post was written by Timothy Luke/edited by Will Crozier.

Popular posts from this blog

Let's talk about the role of psychology in law

April 02, 2018
Will and Timothy are joined by guest Dr. Jason Chin, for a chat about the relationship between psychology and law. In this chat format, we gather regular authors and guests in Slack and have a moderated conversation, guided by prompts and questions selected in advance. Participants get to respond to each other's points, make comments, and ask each other questions in real-time. The transcript has been lightly edited. Will Crozier &#x1F419 Welcome to another Exercise in Exceptions chat! We’ve talked a lot about how psychology research can influence the law – but that research needs to make it into the courts to actually make the intended difference. However, it’s never as easy as explaining a study or two to a jury. In this chat, we’re going to discuss this collision a bit – how psychology science is used in the legal system. Timothy and I are joined by Dr. Jason Chin , a lecturer at the TC Beirne School of Law at University of Queensland, Australia. Wel
6 comments
Read more

When investigations go wrong – in science and policework

June 12, 2018
A story of both a wrongful conviction and scientific fraud We’ve talked about many of the ways police investigations can go wrong, including mistaken eyewitness identifications , memory errors , and false confessions . Often, when people imagine police investigations running afoul, they imagine egregious cases in which police plant evidence or physically torture suspects to get them to produce confessions they know are false. Although situations like that do occur, mistakes in investigations require no intentional wrongdoing. A detective doesn’t need to be trying to get a false confession, for instance, in order to get one ( as our guest writer Fabi Alceste has written about) . Errors happen often without the investigators realizing anything has gone wrong. Similarly, when people imagine bad scientific research happening, they often imagine scientists fabricating data or committing outright fraud. Scientific fraud is a problem, but it’s quite rare. However, there are many questio
11 comments
Read more

Interrogation, coercion, and false confessions: The case of Brendan Dassey

February 12, 2018
In December 2015, Netflix brought the justice system to the forefront of the public consciousness with its award-winning documentary Making a Murderer . The 10-episode serialization followed the story of Steven Avery – a Wisconsin man who was wrongfully convicted of rape in 1985, spent 18 years in prison before being exonerated, and was then arrested and ultimately convicted for the murder of Teresa Halbach in 2005. While the documentary focuses primarily on Steven Avery as the main suspect, Making a Murderer also highlighted a lesser-known element of the case: the confession and conviction of Brendan Dassey, Avery’s nephew. Although there’s a lot to analyze in this case, we focus here on a nagging question – did Brendan Dassey give a false confession? Dassey’s involvement in the case was little understood until Netflix’s deep dive into the case, but has emerged as one of the most scrutinized and tragic elements. Briefly, the police focused on Avery as a suspect in the disappe
4 comments
Read more